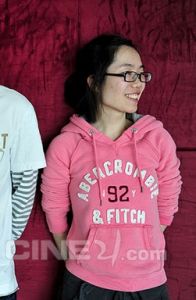 After receiving a BS in chemistry from Yonsei University, she participated in key animation and in-between animation works at the Studio Mimesis. She graduated with a degree in animation from the KAFA in 2008, and her thesis film What Are You doing, Young-hee? was screened at the Korean Independent Animation Film Festival.