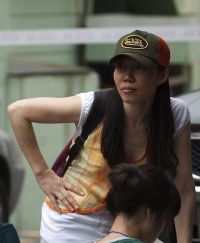 Eunhee Huh was born in Korea, and raised in a wild and small town surrounded by tough Mother Nature, under her parents' let-alone-policy. She is now a professor of the department of Film Studies at Dong-Eui University, in Korea. She has been working in Film, Video and Theatre production as a director, writer, producer, actor, and editor for more than 20 years both in Korea and in USA, getting the most out of her understanding of various diverse academic backgrounds as she is of a different culture. She has written and directed more than 30 films and plays including Love Letter (16mm Color, 17min., 2003), Bucket Story (16mm Color, 16min. 2002), and Cabaret(rock musical, 2006), etc. "My Heart Beats" is her first feature project since she founded Orange Cinema in 2008.