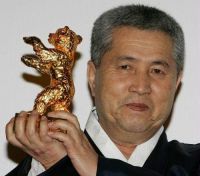 IM Kwon-taek was born on May 2, 1936, in Jangseong, Jeollanam-do(South Jeolla Province). He grew up in the southern city of Gwangju, where he completed high school. During the Korean War his family suffered considerable hardships and losses in the fighting, and he moved to Busan in search of work. From Busan he moved to Seoul in 1955, and met the film director CHUNG Chang-hwa. From this time IM started to work as a production assistant on CHUNGs film < The Story of Jangha & Hongryun > (1956). After five years IM was recommended by CHUNG for the position of film director, and he completed his first feature ("Dumanganga Jal Ikkora") in 1962. He went on to become a prolific director of films in various popular genres until the late 1970s. While Korean cinema was experiencing a sharp decline during the 1970s, after undergoing two decades of rapid growth, IM Kwon-taeks career blossomed with the success of his first serious-themed feature films. Beginning with his 1978 film < The Genealogy > ("Jokbo") and continuing with < The Hidden Hero > ("Gitbal-eomneun Gisu", 1979), ("Jagko", 1980) and < Mandala >("Mandala", 1981), his films became the talk of the film industry among both domestic and international critics alike. IM gained worldwide fame at international film festivals with < Surrogate Woman > ("Sibaji", 1986), < Come Come Come Upward >("Aje Aje Bara Aje", 1989) and < Sopyonje > ("Seopyeonje", 1993), becoming the most recognizable Korean film director of his era. In 2000, < Chunhyang > ("Chunhyang-jeon") became the first Korean film ever to enter the competition section at Cannes. IM Kwon-taek has won numerous international awards, including the Best Director Award at the 2002 Cannes Film Festival for< Chihwaseon >. He was also awarded an honorary Golden Bear award for his lifetime achievements at the Berlin Film Festival in 2005.

Im Kwon-taek is the father of Kwon Hyeon-sang.