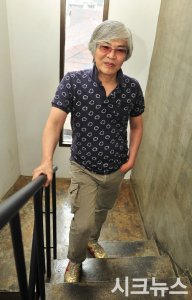 Born in 1962, he majored in Sociology at Yonsei University and studied film at the Korean Academy of Film Arts (KAFA). From his feature debut"Girls Night Ou", "Tears", "A Good Lawyers Wife" to "The Presidents Last Ban", he has depicted the liberal sexual desires or the hounding political restlessness of his lead characters while critiquing the ironies and maladies of Korean society. He earned both critical and commercial acclaims as his films were continuously invited to internationally renowned festivals such as Panorama Section in Berlin Intl Film Festival with "Tears", Venice Film Festival with " A Good Lawyers Wife" and Directors Fortnight in Cannes with "The Presidents Last Bang".