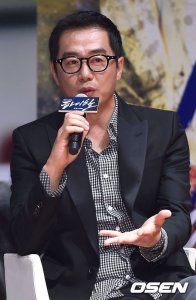 Writer/director JANG is known as one of the most distinctive voices to emerge out of the Korean cinema renaissance that began in the late 1990s. From the time he broke into the realm of theatre in 1995 with critically acclaimed plays like < Heotang >, he has developed a unique style that mixes humor, melodrama, and a keen observation of society. JANG's experience in film first began back in 1995 when he assisted with the screenplay of the critically acclaimed < A Hot Roof >. After directing a short film, he dedicated himself to debuting as a film director, and in 1998 his first feature < The Happenings > was screened at the Pusan International Film Festival. JANG's biggest box-office success to date was with < Guns & Talks (2001) >, a comedy about four talkative assassins that was a major hit in Korea, and is also being remade for the Chinese market. Besides these feature films, he also never ceased to participate in short film festivals such as the Environment Film Festival, and the Seoul Human Rights Film Festival.