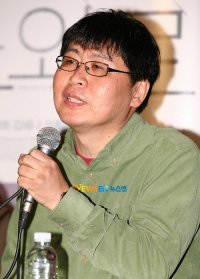 Born in Seoul in 1959. He majored communication at Sungkyunkwan Univ., and used to be a cheif editor for a monthly film magazine Kino, a programmer for Jeonju Intl Film Festival, and a guest professor at Korean Film Academy. Hes one of the most well-known film critics in Korea, has written books about Im Kwon-taek and Kim Ki-duk.