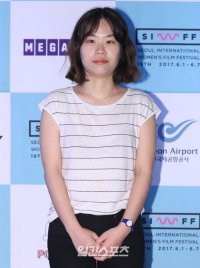 Born in 1984. She was a magazine reporter for two years. After graduating on Mediacts documentary production course, she has worked on documentary films as a member of P.U.R.N production since 2014. She directed "Struggle before the Marriage" (2013), "Shall We Talk" (2014). "Baek-gu" (2017) is her first feature.