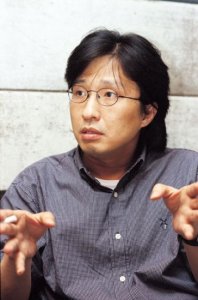 Born in 1967, he worked as assistant director for almost 10 years under Im Kwontaek and worked on films like "Sopyonje" (1993) and "Chunhyang" (2000). He made his directorial debut with the melodrama, "Bungee Jumping of Their Own" (2000). He also directed the historical thriller "Blood Rain" (2005). His third film, "Trace of Love", was the opening film for the 11th PIFF.