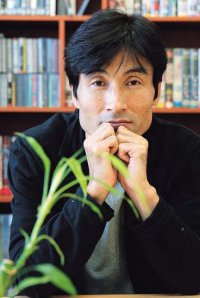 Born in 1966, KIM Eung-su graduated from Seoul National University majoring in psychology and studied film at Moscow National Film University. KIMs first feature film, < Time Lasts >, was set in Russia and concerned a group of Korean student activists gathered to uncover a traitor among them. It premiered at the 1st Pusan International Film Festival and went on to screen in the Goteborg, Fribourg and Shanghai film festivals. Partly inspired from his own days as a student activist leader for democracy while at Seoul National University, the film was also a natural conclusion of Kim's studies at the Moscow National Film University. His second feature, < Desire >, was the first Korean film to be shot on HD digital video and it screened at the Locarno and Pusan international film festivals.