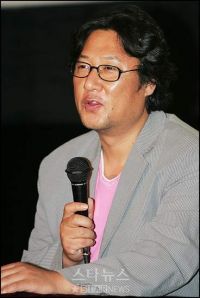 The Unbearable Lightness of Dating is the debut film of KIM Hae-gon, who's famous as a screenwriter of also performed in as an actor to start his career in the movie industry. His directorial debut film was awarded a best screenplay by Korean Film Council in 1998. KIM already showed his ability thru telling love and life with his delicate view and unique expression, will show us his new vision and more delicate observation of love and marriage thru his new movie.