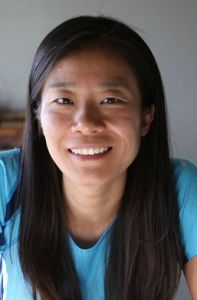 Kim studied creative writing and film art before a stint at production company Sidus Corporation where she made her debut as a producer. She founded her own company, Dreaming Oasis Pictures, in 2010 and she was invited to BIFF with Hello?! Orchestra in 2013. She wrote, directed, and produced Where am I? Beyond Girl and Woman and completed in 2015.