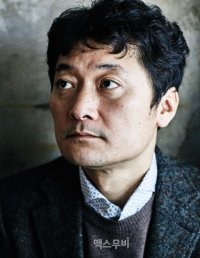 Kim Hyun-seok's strong suit is in directing chic romantic comedies. A capable director and a talented screenplay writer, Kim also showed much interest in baseball as a movie subject. Two of his four feature films were about baseball. His debut film, "Y.M.C.A. Baseball Team" (2003), depicted people from all walks of life drawn to a newly introduced, Western sport of baseball in the late years of Chosun Dynasty at the brink of Japanese colonialism of the Korean peninsula. "Scout" (2007) was an outstanding narrative that intertwined baseball with the painful subject of Gwangju People's Uprising of 1980. Kim's most recent work, "Cyrano Agency" (2010), took a hint from the classic French play Cyrano de Bergerac. The movie, which showcased the director's talent in portraying romance from a male perspective, was a box office hit for a romantic comedy amidst a market bombarded by thriller movies. Kim tackled a new genre in 2013, when he released the time travel sci-fi AM 11:00. Starring JUNG Jae-young, the film was a chamber piece that was part sci-fi and part psychological thriller. Following the film's less than positive reception, Kim opted to follow up with a project more like his previous outings, which led him to make the music biopic "C'est Si Bon", featuring Kim Yoon-seok and Kim Hee-ae as the music group Twin Folio.