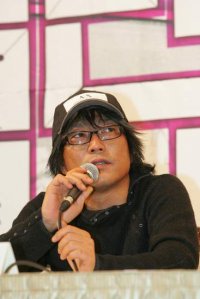 Having graduated from Korea Academy of Film Arts, director KIM has been quite active over the years. He made his spectacular debut with "The Adventures of Mrs. Park" in 1996 and his 3rd film "Volcano High" was acknowledged for its elaborated martial arts and special effects. Along with romantic melodrama "Temptation of Wolves" and North Korea-themed "Crossing", KIM has brought fresh new stories and imaginative narratives to the screen.