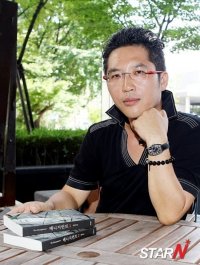 KWON was born in 1970 in Seoul, Korea. He graduated from the Seoul Institute of the Arts. After graduating, he worked for < The Rhapsody > (2001, directed by CHANG Hoon). Since then, he worked in several different films such as < Dig or Die > (2003, directed by GO Eun-gi) as an assistant director and < Red Eye > (2005, directed by KIM Dong-bin) as a scriptwriter. < Escaping from Charisma > is his feature directorial debut.