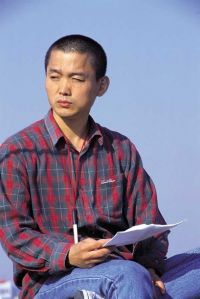 Born in Gimhae in 1956. Studied theology at Hanshin University and became a filmmaker since 1993 with his first short "For Rosa". Since a short film "De-Pure Land" (1996) and his first feature "Yellow Flower" (1998) were invited to Busan, he directed more than 10 independant features invited to international film festivlas. "The Battle of Gwangju" (2015) is his commercial debut.