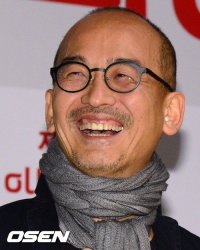 Having stepped into the film world in 1987, LEE has established his own production company CineWorld after directing the film "Kid Cop". He has since produced various films such as "The Spy" (1999, directed by JANG Jin), "The Anarchists" (2000, directed by YU Young-shik), and "Hi, Dharma!" (2001, directed by PARK Cheol-kwan). In 2003, he directed the film "Once Upon a Time in a Battlefield", a huge hit in Korea with 3 million admissions. Two years later, he is set to present a strong and full-fledged drama, by the name of "King and the Clown". He returned to a modern setting with a hilarious but touching story, "Radio Star".