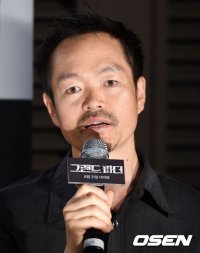 Lee Seo, who visited BiFan in 2004 with his short film Slope Spider in 2004, started drawing attentions with his unique visual sense and world view. His film Missing Person (2009) won Best Feature Award at Jeonju International Film Festival and Artistic achievement award at Thessaloniki International Film Festival in Greece. In this year, his ambitious work Tattooist is waiting for us.