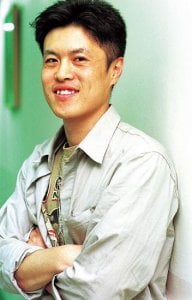 In 1993, he studied filmmaking in the Independent Film Society, and from 1995 to 2000, he made a number of short films in the Independent Film Group "Youth Film". His short films Sugar Hill (2000) and Good Romance (2001) were invited to various domestic and international film festivals. His latest film was La Traviata which was an episode in the omnibus film "The Camellia Project" (2004).