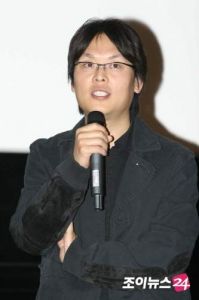 MIN Byeong-hoon was born in 1969 in Korea. He graduated from the Russian State Institute of Cinema, majoring in Cinematography. His first feature film The Flight of the Bee won various international awards including the Best Feature Film award, FIPRESCI Award, Audience Award at the 16th Torino Film Festival. His second feature film, Lets Not Cry!, also won the FIPRESCI award and Special mention award at the 37th Karlovy Vary International Film Festival.