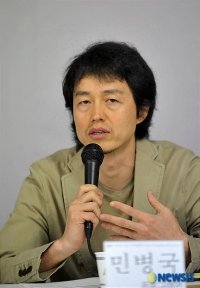 Born in 1962. Working with director Hong Sangsoo as an assistant director for The Power of Kangwon Province(1998). Started his career as author-director thanks to the official selection as Opening Film in the 5th Jeonju IFF with his first feature film, Possible Changes(2005), won the Best Asian Film Award in the 17th Tokyo IFF and nominated on the section of Perspective in 26th Moscow IFF.