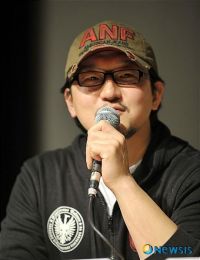 Born in 1976 in Seoul, Korea, NOH Young-seok graduated from Seoul National University majored in ceramic art. His feature debut film DAYTIME DRINKING is hailed and enjoyed by audiences through numerous domestic festivals as a start winning audience award at Jeonju International Film Festival. And it has been invited to many international film festivals including Locarno and Toronto. Especially NOH has the power to lead the story through whole film and to make audience laugh at the right place. His talents are smeared in the film "Daytime Drinking"