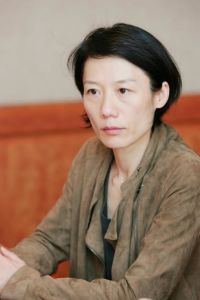 Born in Seoul in 1966, Ounie LECOMTE left Korea for France at the age of 9 when a Protestant family adopted her. Her adoptive father was a minister. After studying dress design, she worked on a number of films: as an actress with Olivier ASSAYAS ("Paris séveille") or as a wardrobe mistress, notably for Sophie Fillières. In 1991, she returned to Korea to play the part of an abandoned girl looking for her roots there. The film was never made, but reality caught up with fiction and she was re- united with her biological family. In 2006, she enrolled at the Fémis Screenwriting Workshop run by Eve Deboise where she wrote "A Brand New Life".