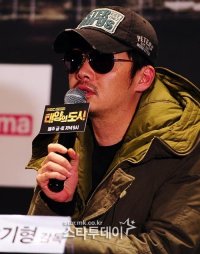 His first film < Whispering Corridors > (1998) broke box office records and catapulted Park to star status. His new film < Gangster High > is not a conventional story of teenage youths. Violence is not trivialized in < Gangster High >, it is a means to express the story. The depiction of physical conflict is executed in a stylish but realistic way taking the visual details to a different level. He uses actors that are close in age to the characters they portray thereby creating a realistic setting for the story to unfold. Park declares violence is the new horror! and he intends to prove that in this film