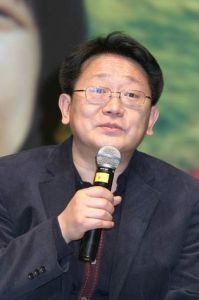 PARK was born in Sokcho, Gangwon-do in 1955. While majoring in Fine Arts at Seoul National University, he joined the Yallasung Film Group and began making short films on Super 8. After graduating, he founded and led the Seoul Film Group, which had links with the student protest movement and was in the forefront of the campaign for a renewal in Korean film culture. He went on to take a course at the ESEC film school in Paris. On returning to Korea, he worked as assistant director to LEE Chang-ho before making his own first feature in 1988. His films have won numerous domestic and international prizes. < Meet Mr Daddy > is his feature directorial film in six years.