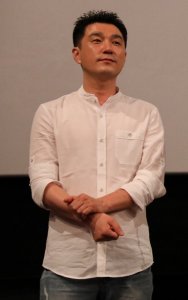 Majored in journalism at Dongguk University and received his masters degree in film studies at the University of Sydney, Australia. His film, Whats the Matter (2006) was selected in the New Zealand Film Festival for the competition section. In the 2008, Blue Story, which he directed, starred and wrote, was selected for screening at the Mise-en-scène Short Film Festival.