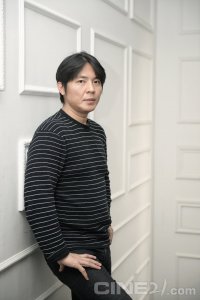 With much experience as a music video producer, director SHIN was acclaimed as being strong in creating drama in films rather than placing emphasis on unnecessary stylization. Because of his work as a visual art director in < Sex is Zero >(2002) and < Romantic Assassins >(2003), he has true skills and necessary experience for directing feature films. In addition, his natural power of imagination is what equals him to being the Korean Tim Burton.