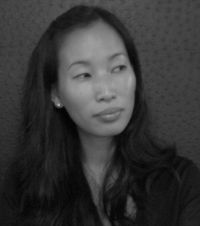 Tammy Chu was born in Seoul, Korea and was adopted by a U.S. family along with her twin sister. She graduated with a B.S. in Cinema and Photography from Ithace College. She wrote and directed her first documentary, Searching for Go-Hyang, a personal film about reuniting with her birth family. It has been broadcast on PBS, Korean TV (EBS), and screened at film festivals internationally. She also worked as an Associate Producer on Behind Forgotten Eyes.

Tammy has been living in Korea for the past several years working as an independent filmmaker and is a member of the film collective Nameless Films.