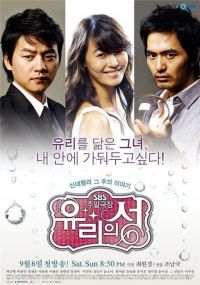 Growing up in a poor family, Min-joo (actress Yoon Soy) finally lands a job as a news correspondent with JBC Networks after two previous failed attempts. She works hard to gain recognition as a reporter but faces a career setback due to a stroke of bad luck. With strong support from Seok-jin (actor Kim Seung-soo), she is able to get her career back on track. Although she has feelings for Seok-jin, she is reluctant to date him because he is a single dad with one daughter. Meanwhile, Joon-sung (actor Lee Jin-wook), the scion of a wealthy family, enters her life and proposes marriage to her after a brief courtship. She becomes the envy of her friends when she marries him because her life is like a modern version of the Cinderella fairy tale. Her life as the daughter-in-law of a wealthy family is wonderful at first but she becomes disillusioned with her marriage when her in-laws begin to look down on her and smother her personal life. Against the wishes of her in-laws, she returns to work as a news correspondent and soon learns that the adopted son of her brother-in-law is actually the son of her husband from a previous relationship. Shocked at this revelation, she realizes that she loved Joon-sung for his family wealth and not for who he was. After contemplating on what to do, she decides that getting a divorce is her only option. Joon-sung, however, agrees to part ways in an amicable divorce without telling her that the adopted son of his brother is actually the posthumous child of his second brother...