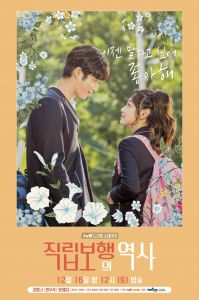 1 episode - Sat - Midnight
Part 5 of the O'PEN/Drama Stage series.
Synopsis
The story is about a high school girl Mina who has the ability to be invisible just twice a day. She uses her supernatural powers to win over her crush who has fallen for a different girl. The part was played by Kang Mina of the popular female idol group Gugudan.