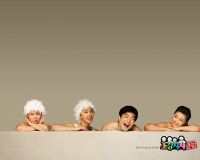 Bok-soo (actress Kim Hye-sun) put her husband through medical school by earning a living as a fish seller but her husband does not feel grateful about it and looks down on her instead. She learns that her brother, who is married to her best friend Hwa-shin (actress Oh Hyun-gyung), is having an affair with another woman but she tries to cover it up. When she learns that her husband, Ki-jeok (actor Oh Dae-gyu) is having an affair with a former girlfriend, she finally empathizes with her friends plight. Her mother, who had to endure an unhappy marriage due to a cheating husband, joins Bok-soos and Hwa-shins plan to get revenge on their unfaithful husbands.