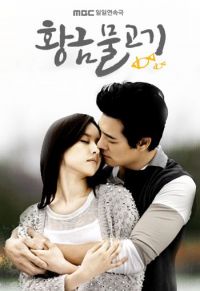 120 episodes - Mon~Fri 20:15
Revenge vs. Love
A new dark horse, revenge.
An eternal theme that went across generations, mellow.
It can't be more stale than these.
But if the two were mixed?
Revenge's coldness and love's warmth make up for each other's flaws.
It's more fun, and it touches on human nature through the double-edged sword of love and revenge.

Revenge seems to be the longest journey to find love.
The journey is filled with jealousy, good and evil, and innocence... It's human.
This drama.. it is masked as revenge but the destination is love.

Revenge's Season
This drama shows always-changing situations.
It doesn't rely on the pure stimulant as other revenge dramas did.
It follows the minds of people are carefully involved in different events.
Viewers will agree that in revenge, there is no winner or loser.

Drama that Shows Human Depravity and Fantasy
Just once, I'd like to step over the person who made me this way.
The story of human depravity that cannot be shown!

Pretty boys, go! It's time for pretty men.
Their faces have wrinkles but their hearts are smooth.. the growth of their love.
Their desire is to have a dream love before they die.

This drama's catharsis of revenge and fantasy of a pure love will satisfy.

Moon Jung-ho (actor Park Sang-won)
He's the chairman of the Jungin Medical Foundation and also the director of a prestigious general hospital while carrying on his duties as a university president. In the professional arena, he is a calculating person who makes management decisions without any emotion, but in his personal life, he displays a liberal and free-spirited streak. He is a natural charmer and attracts many ladies but he always holds back from falling in love. However, his outlook on life is turned upside down after he meets the young and comely ballerina, Ji-min.

Lee Tae-young (actor Lee Tae-gon)
A doctor. He's a handsome man and talented surgeon. He lost his mom when he was seven years old and his father was never a part of his life since he was born. So he was taken in by Gyeong-san and grew up with his family. He doesn't open up to people easily but he is very tender towards Ji-min.

Han Ji-min (actress Jo Yoon-hee)
A prima ballerina. Like her dad, she's a warmhearted person and very attractive. For 23 years, she only loved Tae-young but he breaks her heart by abruptly leaving her life. She loses her dad, her dreams and the man she loved all at once. Amidst this turmoil, she becomes a changed person.

Moon Hyun-jin (actress So Yoo-jin)
Jung-ho's daughter and Tae-young's wife. Her first husband died while she was pregnant with their baby and became a single mom all of a sudden. She falls in love with Tae-young who operated on her ailing daughter Seo-yeon. She asks Tae-young out and they eventually get married. But she constantly worries that he'll leave her one day.

View all 76 pictures for "Golden Fish"