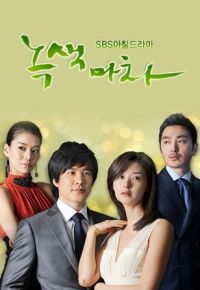 120 episodes - Mon~Sat 8:30
Synopsis
Jung-ha and Ji-won, who grew up like siblings under one roof, developed a love for each other behind Jung-has parents backs. On the day when they were going to announce their engagement to their parents, Jung-ha was framed by Hyung-mo, who is deeply in love with Ji-won, and nearly gets killed. Ji-won is told that Jung-ha killed himself. Ji-won decides to marry Hyung-mo because Jung-has family is under financial pressure from Hyung-mos father, Chairman Yoon. Right after the marriage, Ji-won finds out that she is pregnant. Five years later, Ji-won, Hyung-mo and their son Jung-won return to Korea. Meanwhile, Jung-ha is receiving treatment at a rehabilitation institute and suffering memory loss. Jung-ha meets Ji-won with the help of Seok-jong, and regains his memory. Not knowing about Hyung-mos role in Jung-has injury, Ji-won tells Hyung-mo about Jung-ha being alive. Soon, she finds out that Hyung-mo is behind what happened to Jung-ha and realizes that Jung-ha is in danger. Jung-ha escapes to a safe place with Ji-wons help and recovers his memory, and begins to plan his revenge.

View all 90 pictures for "Green Coach"