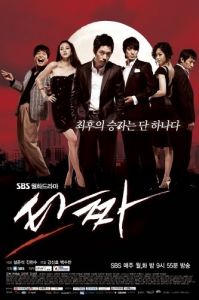 Alternative title : "The War of Flower"

Raised by a single mother, Goni has grown up to be a warm and kind person.He starts gambling, purely with the intention of using the money he earns to buy his mother a new sewing machine.When his mother finds out about his new gambling habits, shes outraged.To divert his mothers attention, Goni plays matchmaker and introduces his mother to Dae-ho, the neighborhood photographer, in hopes that his mother would get remarried soon. (To divert his mothers attention, Goni hooks her up with Dae-ho, the photographer at a neighborhood studio.)However, it turns out that Dae-ho was once a swindling gambler who since stopped gambling altogether. In high school, Goni befriends Agwis nephew Young-min, who is actually out to get Dae-ho.But when his stepfather, Dae-ho, is killed because of Young-min, Goni decides to get revenge. Because of Gonis connection to Dae-ho, he ends up in prison where he learns the tricks and trade of gambling.Goni is forever changed. He will stop at nothing until he gets his revenge.One by one, he takes down all the top gamblers in the country, before finally coming face-to-face with Agwi. But its just the beginning for Goni. Hell wage everything he has to get even with Agwi for what he did to his parents and friends.