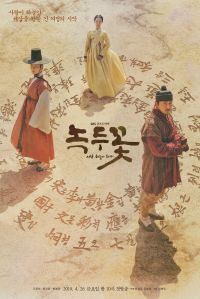 View all 367 pictures for "The Nokdu Flower"