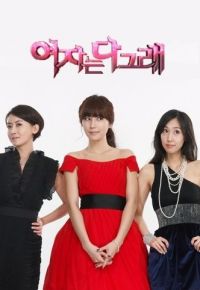 Fri 23:00
A drama that touches on the lives of three woman. They are colleagues and dream of the good life but are discouraged at reality.