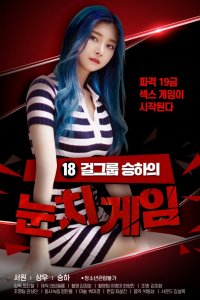 Synopsis
Jeong-woo, who was enjoying his honeymoon with Na-yeong, quietly calls Min-joo while she is on a business trip. And after having a lovely time alone, he was resting at home, and Na-yeong came home earlier than he thought, and Jeong-woo hurriedly sent Min-joo away, but Min-joo is hiding in Jeong-woo's house instead of going back to her house. At this time, when Na-yeong and Jeong-woo peeked at the scene, they were so surprised that they ended their relationship with Na-yeong in a hurry and drove Min-joo away. But the immature girl, Min-joo, who is enjoying this, how will their relationship end?
The thrilling love story between a young man and a woman is just beginning.