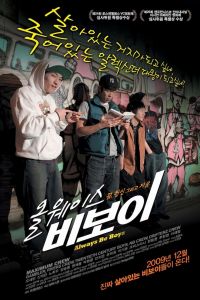 Riding on the popularity of Korean B-boys, the film takes viewers on a journey through the fascinating world of B-boying, beat boxing, rapping and DJing. Seven, the leader of a B-boy crew, struggles to find a sponsor so that his team can enter an international B-boy event. Meanwhile he meets a ballerina and falls hopelessly in love.