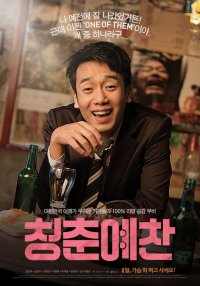 Formerly known as "Ode to Youth"
Synopsis
I was cool in the past but not I'm just one of them now. I am just one of everyone! The growth phase of a Korean man trying to recover the sense of loss of the world.

Tae-pyeong is a hottie who is at the peak of his years until he faces an ordeal. The call of the nation. His girlfriend betrays him not long after he joins the army and he is tossed into the world just when the tough training starts to feel dull. He gets a job as a salesman but he has to dream or hope. All there's left is the nagging of his superior and his body breaking down. Then he finds out his girlfriend, whom he had no idea of marrying, gets pregnant. Tae-pyeong's life breaks down and he tries to stand up again. Will he be able to turn his life around?

View all 16 pictures for "Animal"