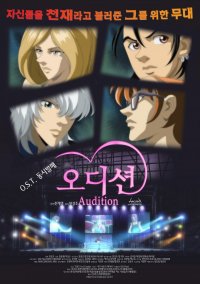 Synopsis
A cartoon by CHUN Gye-young, which was one of the most popular cartoons in the late 1990s, is made into an animation after 8 years of work. The films leading characters, with appearances typical for girls cartoons, are already popular as various licensed products. Four musical prodigies, who never had a chance to get a music education, meet in a band called Recycled Band. In the band, they open their minds to each other and follow their dreams in music. (Mina OAK)

View all 7 pictures for "Audition"