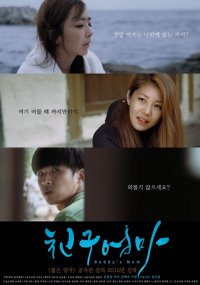 Is she a vampire? His friend's mom Hyeon-ok never ages! She's good looking enough to look in her 20s. Then one day, she spends a lonely night drinking on the beach and her son's friend starts to hit on her. Should she accept or not?

Is it love or a fling? Kyeong-soo is able to have sex several times a day. They do it at home, on the beach, in the water and again and again; he's hard again. Hyeon-ok thinks Kyeong-soo is cute; however, when his crush Ji-yeon comes down, Kyeong-soo starts to get confused. Does he love Hyeon-ok or was it just a fling?

View all 22 pictures for "Buddy's Mom"