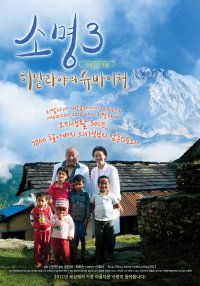 Synopsis
A 78-year old grandfather... dreams of the Himalayas.
The first medical missionary from the Severance.
A touching story about an old doctor and his wife who dream of 30 years in the wilds. "Calling 3: Himalayan Schweitzer"
During the Korean War, Kang Won-hee missionary flees from North Korea, experiences the misery of the war and goes to medical school.
Having being touched by Schweitzers biography, he goes to a doctor less village anytime he can and gives treatment and returns the love and favor of those missionaries and soldiers who passed during the war.
-The first medical missionary from Severance becomes the Schweitzer of the Himalayas.
He opens a hospital and gets many patients, making a lot of money but something inside him feels empty. Missionary Kang Won-hee wraps up the hospital and joins the road of a missionary. Himalayas, Sri Lanka, Bangladesh, Ethiopia... and Himalayas again.
Looking at 30 years of wildness, missionary Kang Won-hee climbs the Himalayas again with his house call bag.