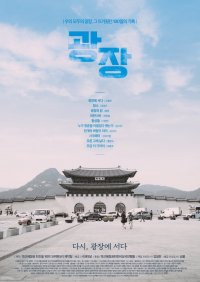 Synopsis
Project 1 _ Hong Hyung-sook
The children who are enthusiastically painting and cutting a doll. What stories will be told at the Square?

Project 2 _ Lee Chang-min-II
A view of the front of the parliament on the day the impeachment bill had passed. At the doorstep of aspirations greeting people again.

Project 3 _ Emmanuel Moonchil Park
A Seongju resident who had an eye-opening experience on the political and social problems during the Anti-THAAD protest attends the Gwanghwamun Square candlelight vigil.

Project 4 _ Kangyu Ga-ram
At the Square, everyone fought against the corruption of President Park Geun-hye. Feminists had the additional burden to fight against misogyny in the Square.

Project 6 _ Kim Su-min
Its great that they are so young and yet still come out to rallies. Its like this because young people dont vote etc. Young people receive unexpected compliments or hear expected accusations. We talk about praises, accusations, and my story.

Project 8 _ Kim Cheol-ｍin
We aim to remember and summarize the wrongdoing of the Park Geun-hye and Saenuri Party through outcries from the Square.

Project 9 _ Choi Jong-ho
How did you come out? What do you hope to see? We listen to the motivation and hope of the people who attended the candle light vigils.

Project 10 _ Kim Jeong-geun
The janitorial worker from the Busan Subway Station, Kim Young-ja talks about how she hopes to see a clean world, just like how she cleans everywhere in the subway.

Candle in the Wave | Cast

Candle in the Wave | HanCinema Reviews

Candle in the Wave | News

Candle in the Wave | Pictures

View all 15 pictures for "Candle in the Wave"

Candle in the Wave | Videos | Suggest a video

Candle in the Wave | Links | Suggest a link

Candle in the Wave | Reviews

Candle in the Wave | Facts

Candle in the Wave | Community

Candle in the Wave (광장)