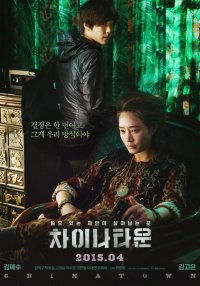 Also known as "China Town"
Synopsis
Il-yeong (Kim Go-eun-I) was abandoned in the number ten locker in a subway station right after she was born. The movie depicts the world that Il-yeong has been coping with while being raised as a member of a crime organization by Boss (Kim Hye-soo) also called  Mom , who has been a practical ruler of the China Town.