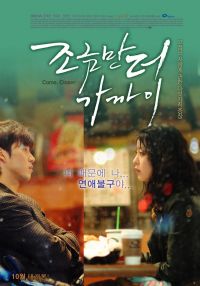 This omnibus film portrays various conditions of the heart through the romances and breakups of five couples: Se-yeon is in love with a gay man; two ex-lovers find it difficult to cut ties; Yeong-su leaves her boyfriend for another man; and Hye-yeong falls for a hopless man. Starring Yoon Kye-sang, a former member of the pop group g.o.d.

View all 29 pictures for "Come, Closer"