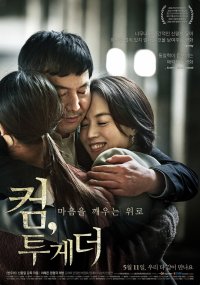 Synopsis
Beom-goo, an honest man in his 40s working as an engineer is fired from his work. His wife, Mi-yeong, a salesperson for a credit card company works even harder to make a living for the entire family. Their daughter, Ha-na, a college entrance exam preparer for the second time feels extremely nervous as she is waiting for the announcement of additionally accepted students.
This movie depicts the unexpected emotional journey an ordinary family goes through for a week.

View all 21 pictures for "Come, Together"

Come, Together | Videos | Suggest a video

Come, Together | Links | Suggest a link