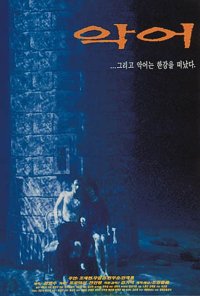 Synopsis
Crocodile is a mysterious man without a home, a personal history nor a conscience. He lives under the Han River Bridge fishing out dead bodies of suicide victims and selling them to the family of the deceased. Contrary to his normal behavior, he rescues a beautiful girl from the verge of suicide. He becomes smitten with her and uses her as a means of satisfying his carnal urges. Beggar is a young boy who lives next to Crocodile under the bridge. He loathes Crocodile for the way he treats the girl. He begins to feel mother-like affection toward her. Beggar sets Crocodile up and the girl saves Crocodile just in time from sure death. Crocodile begins to regard her as a living human being.

View all 9 pictures for "Crocodile"