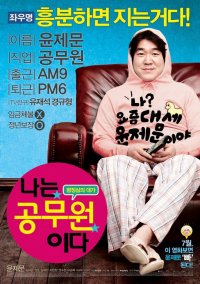 Synopsis
Han Dae-hee, a 7th grade civil servant in the Mapo district office, leads a happy and contented life. In 10 years of work, he has never once lost his temper, even in the face of the most unreasonable complaints. However, he sees change as a threat to his mental health, and consequently never challenges anything. One day, this straight-laced public official meets an ill-mannered and troublemaking indie band, 3X3=9. The Fates repeatedly bring these unlikely bedfellows together, testing Hans sanity like never before.

View all 45 pictures for "Dangerously Excited"