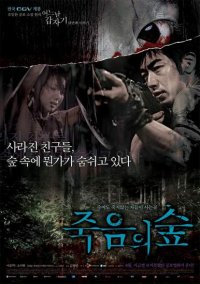 Woo-jin, Jung-ah and three other trekkers merrily depart for a mountain climbing trip. On the way into a forest  a forest which is off-limits  Se-Eun and Joon-hoo are wounded and the group is faced with a serious obstacle: they are disconnected from any area where a cell phone is available and effectively cut off from the world. Jung-ah is particularly uneasy; she is unwillingly able to see the future, a residual influence of her shaman parents. The stranded, frightened party soon has an opportunity to discover the forest's startling secrets...