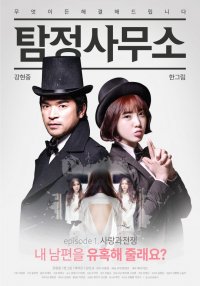 Synopsis
Kang Hyeon-joong, a former National Intelligence Service agent, is currently running a private investigator office after he quit. Ha Mi-so is his secretary helping him with his daily tasks in the office. One day, a woman whose name is Yoo-ra visits the office and requests him to investigate about a man named Min-ho, whom she loves. She wanted to know what Min-ho really thinks about her.
She says she is scared and concerned that he might think she approached him because she wanted the assets of his wealthy family. So she wanted to confirm if he actually loves her.
In the afternoon on the same day, Min-ho comes to the same office and makes a request to investigate about Yoo-ras inner thoughts. Kang Hyeon-joong is perplexed as he received the same request from a couple separately on the same day. But he shortly realizes there is something strange in the stories from both of them and this situation is all because of a plan someone has plotted deliberately.