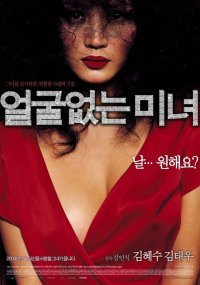 Also know as "Hypnotized"
Synopsis
Ji-soo, the hostess of a party that nobody came to, is found in the bathtub full of blood. She is intelligent and exotic, but has a borderline personality disorder, going back and forth from heaven to hell. She gets psychiatric counseling. Seok-won her psychiatrist learns that her disorder comes from fear of being abandoned, but he fails to give her any help. A year later they happen to meet each other again. Ji-soo seems more distressed and vulnerable, and Seok-won looks calm but colder. They become close, not as patient and doctor, but as friends. She tells him about her pain that she had never told anyone. Seok-won hypnotizes her in his therapy, and is tempted by the beautiful face and her gestures when she is talking of her love. Unable to hold back his desire, he makes love to Ji-soo who is in a state of hypnosis. She says goodbye to Seok-won, saying she wants to start again with her husband. Seok-won took her body while she was hypnotized but couldnt have her heart. In their last meeting, knowing it will be the last time for him to see her, he does something to her that he shouldnt have done.

View all 27 pictures for "Faceless Beauty"